In 1916, Karnataka Lingayat Education(K.L.E) Society was founded by the Seven Founder Life Members, who are also addressed as "Saptarishis"[Seven Saints]. 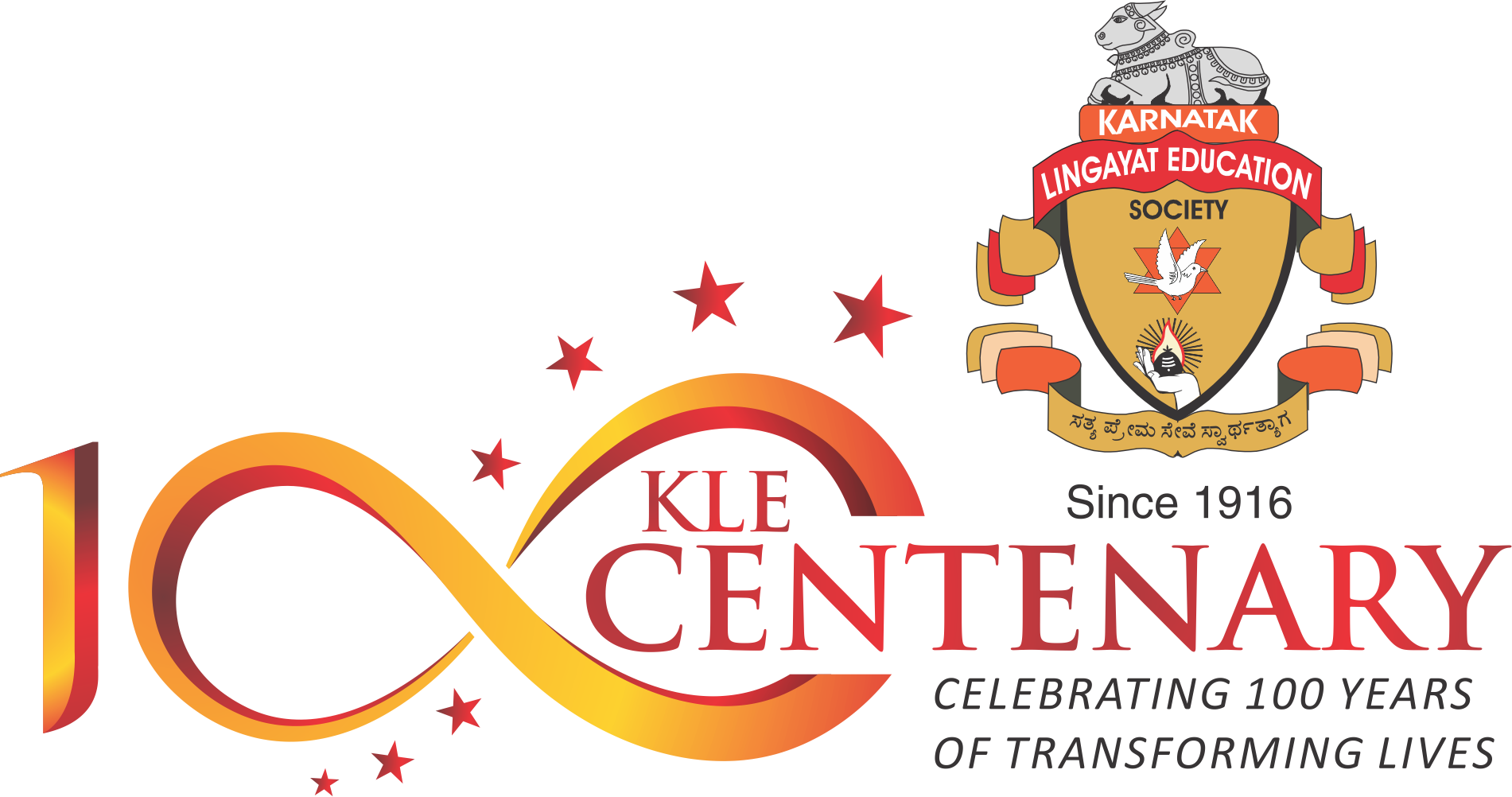 On 13th November 1916, K.L.E. Society started an Anglo Vernacular School in Belgaum. Lingaraj College came into existence in June 1933. In 1947, B.V.B. College of Engineering and Technology was started in Hubli. J.N. Medical College at Belgaum and G.H. College at Haveri was started in the year 1963. 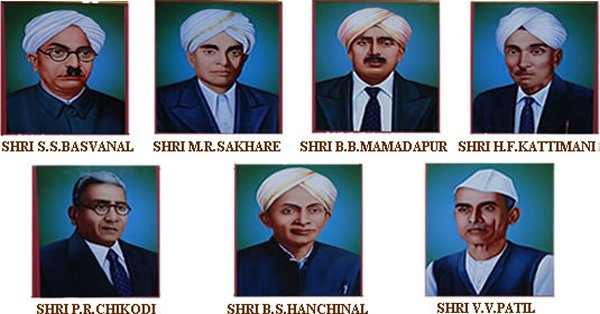 The K. L. E. Society started in 1916 by seven dedicated teachers and three generous patrons. Their mission was to provide education, to the children of the farming community in Karnataka and Maharashtra. The environment today is totally different from the one in 1916, yet the mission of the founder of K. L. E. Society is pursued with the same zeal even after nine decades in the fulfillment of the vision of providing education to the needy in all spheres of human knowledge.

The Emblem that the Karnatak Lingayat Education Society has adopted officially is carefully designed, beautifully carved, meaningful and symbolic of the ideology that K.L.E. Society stands for. It truly reflects the Aims, Objectives and the Aspirations of the Society.

At the center of the Emblem there is a backdrop of an ovular semi-circle below which the words- Truth, Love, Service and Sacrifice are inscribed prominently. Above these words, in a specific spot, two intersecting equilateral triangles (Hexagram) of religious connotation - 'Shatsthal' - is depicated, inside which a 'Flying Bird' is drawn. At the lower portion, a figure which is sacred to the Lingayats, namely an 'Ishtalinga' held in the palm in a worshipping posture is represented, with a halo around it. Above the semi-circle there is the figure of the resting Sacred Bull- nandi. At the top of the emblem in an artistically carved strip Karnatak Lingayat Education Society, the name of the Society, is written in the Roman alphabet.

All these representations are of a marked significance. The Sacred Bull, the vehicle of Lord Shiva is of manifold importance for Hindus, especially South Indians. This is more so for Lingayats, who form a major community in the State of Karnataka. The majority of Lingayats are farmers, and the bullock is the backbone of cultivation. The Lingayats, therefore, treat the Sacred Bull with piety and religious fervor. The Sacred Bull in the Emblem is suggestive of the great and noble service that Lingayats have been rendering in the field of education through the K.L.E Society.

The "Flying Bird" in the center of the Hexagram is the symbol of awakened youth-power committed to taking up any challenge and task for the upliftment of the people, especially the farming community. Thus, the basic objective of educating the educationally disadvantaged people is fulfilled by the services that the K.L.E. Society has been rendering all through these 87 years. The 'Isthtalinga' held in the palm in a worshiping posture is suggestive of the spreading of Veershaiva religion-the religion of Lingayats and the halo around it indicates the light of knowledge through which Veershaivas have always tried to dispel ignorance and enlighten people with a secular outlook.

The words-Truth, Love, Service and Sacrifice speak of the Values that the K.L.E. Society stands for. The word 'Sacrifice' found the real sense in the life and struggle of the 'Founding Fathers' of the Society who actually subordinated their self-interest, their personal name and fame in the cause of education.

The K.L.E. Society, which quietly amalgamated, Love, Truth, Service and Sacrifice into one educational society has rendered such an educational service in 87 years that service of this magnitude could not been rendered by others in centuries together.

The society has started Diploma Courses in Engineering in the year 1984 in the premises of B. V. B. College of Engg. & Technology, HUBLI. Our polytechnic has its own beautiful building situated in the B. V. B. College Campus on Pune – Bangalore Road, within 4 kms, from HUBLI Railway Station. In the campus, facilities like sports pavilion with Stadium, Bank, Post Office, Canteen and Co-operative Society store are also located.